I still can't believe that after countless emails, planning, head-scratching and finger-crossing, we have yet another successful Ditch Pickle Classic in the books!  The DPC has really become more like a weekend festival on the lake than a fishing tournament but, with over 15 possible hours on the water over 2 days, there's definitely no shortage of fishing.
The 2013 DPC welcomed 47 teams and just shy of 100 anglers, all competing for some incredible prizes from our very generous sponsors.  We even had our very own Commissioner of Fish & Wildlife, Patrick Berry, competing in the event this year!  The commish held his own and even ended up taking home the prize for the largest Northern Pike landed!
Despite the sketchy forecast for the weekend, we were psyched to see just about every registered angler show up for the event.  It just goes to show how much the New England fly fishing community looks forward to this event.  No severe weather would stop this crew!
Although the weather for our "Lines-in" time of 12pm Saturday was absolutely beautiful, things changed for the worse pretty rapidly.  I could see dirty clouds moving in from the South and, although the real nasty lightning missed my team in Missisquoi Bay, others further South on the lake were not so lucky and ended up waiting out some storms in the parking lot.  From about 2pm Saturday until a couple hours before sunset, we were given an absolute drenching with rain!  I don't think I've ever been so saturated in my life.  By about 7pm, the rains had passed and we were left with one of the most intense rainbows I've ever seen.  At least we got to finish up day #1 under clear skies and finally stash the raincoats for what would be the remainder of the tourney


I was getting random team updates via text throughout day#1 and, for the most part, guys were struggling to catch decent numbers of fish while dodging the weather.  By the end of Saturday, many of the teams had put points on the board.  However, there was one call that came in Saturday night that I couldn't believe.  Team "Carpe Carpium" had put 57 points in the boat and were now leading the field by a landslide!  Anglers were going to need to work really hard to catch up to those numbers on day 2.On Day #2, my team mate and I woke at 4:30 and got the boat launched in Miss Bay by 5:15'ish.  We weren't even close to being contenders for anything, so our plan was to just catch a few decent fish to end the tourney with.  Sunday offered perfect lake conditions, which were more than welcome following Saturday's monsoons!
We got off the water by 10am Sunday so we could get to headquarters and start setting up for the BBQ/Awards.  After all that we put into preparing for this event, by the time I got to the HQ on Sunday, I proly could have slept standing up I was so beat.  But once the field of anglers started showing up and the size of the event hit home, I was buzzing with excitement.  To see anglers from all different walks of life pulling in with everything from canoes, kayaks, jon boats, row boats and fancy bass boats was so cool to see.  To think we started this thing just a few years ago with only a dozen or so guys and have now grown to 10 times our original size is mind blowing!  The reality is that we put so much blood, sweat and tears into making this event happen, but without such great sponsors, volunteers and competitors, the Ditch Pickle Classic could never be.
Thanks tremendously to Brendan Hare, Mike Kontos and Brian Price for fueling the DPC fire and finding the time in your already crazy schedules to fine tune the endless details that make the DPC the huge success that it is.  The sheer number of emails, Facebook messages and texts between the 4 of us leading up to Saturday was in the hundreds and it was a great feeling of accomplishment to lean over the bed of the truck and sip down a few cold ones after everyone had left.
I don't know of many fishing tournaments that include a free meal, but all anglers at the Ditch Pickle Classic got fed some great food supplied to us by my amazing friends, John and Laura Gleichenhaus from Applegate Farms!  I really need to throw HUGE props to John and Laura Gleichenhaus, Hillary Hare, Roland Tremble, John & Krista Berkheimer and Logan Sena for being the grill masters and making sure the BBQ went off without a hitch!
We've used the Headquarters of the Missisquoi National Wildlife Refuge as our check-in and awards site since we started this thing, and I can't thank Ken Sturm and his crew at the refuge enough for their hospitality and warm welcome.  When we arrived Saturday, Ken had a tent already set up for us outside and it was even his day off!  If you get a chance, pay a visit to the refuge and show your support for those that support the DPC.
Each year we make t-shirts to send home with the competitors.  We do a different layout each year, but we always incorporate the official DPC logo that was created for us by the amazing Hannah Pants!  The first time we laid eyes on what would be our new logo, we were stoked!  Thank you so much Hannah for creating the face of the Ditch Pickle Classic!  We couldn't have asked for a better image to represent this event!
Thanks to the rapidly growing list of supporters that give us all of the great prizes for the event.  John & Laura at Applegate Farms, Todd Carroll at Rock River Rods, Scott Caras at Cheeky Fly Fishing, Scott Hunter at Vedavoo, Damon Bungard at Jackson Kayak, Matt Wibby at FlyFish Journal, Andrew Stern at Bending Branches, Pat Cohen at RU Superfly, Darren Marcy at VT's Great Outdoors Magazine, Aileen Nishimura at MK Flies, Brian Price & Ken Capsey at Vermont Fly Guys, Justin Sterner at Smith Optics, Mike Kontos at Green Mountain Troutfitters, Tom Zemianik at Orvis, Steve Maeder at Eastern Fly Fishing Magazine, Brian Zinger & Brian Cadoret at Stream & Brook Fly Fishing, Erin Fagan at Mtn Khakis, Jamie Howard at Howard Films, Helen at Howler Bros, Mitch Fusek at Tunaskin, Nick Mayer at Escape Studios, Dawn at The Drake, Kris Nelson at Citizen Cider, Jesse Haller & Steve Atocha at Middlebury Mountaineer, Matt Cain at Vermont Trout Waters, Nicholas Wright at Deer Creek and Lucas McCoy at On The Vise.
Like with anything new we've hit a few bumps along the way, but we couldn't be more pleased with the progress we've made.  The truth is we cannot do this without such a great field of dedicated fly anglers that seems to almost double each year.
The Ditch Pickle Classic gets you out on a great fishery with great friends and that's why we do it.  Every dime we bring in goes right back into Lake Champlain and the growth of the event.
Thanks to all that participated in the 2013 DPC, we did it again!

45. Arne is Drunker Than You
Jesse Haller
Arne McKinley 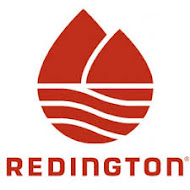 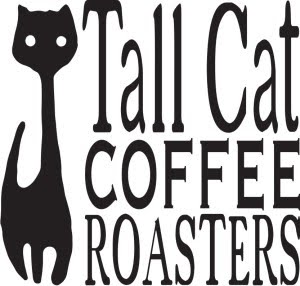